Netiquette, a colloquial portmanteau of network etiquette or Internet etiquette, is a set of social conventions that facilitate interaction over networks, ranging from Usenet and mailing lists to blogs and forums.

Like the network itself, these developing norms remain in a state of flux and vary from community to community. The points most strongly emphasized about Usenet netiquette often include using simple electronic signatures, and avoiding multiposting, cross-posting, off-topic posting, hijacking a discussion thread, and other techniques used to minimize the effort required to read a post or a thread. Similarly, some Usenet guidelines call for use of unabbreviated English while users of instant messaging protocols like SMS occasionally encourage just the opposite, bolstering use of SMS language. However, many online communities frown upon this practice.

Common rules for e-mail and Usenet such as avoiding flamewars and spam are constant across most mediums and communities. Another rule is to avoid typing in all caps or grossly enlarging script for emphasis, which is considered to be the equivalent of shouting or yelling. Other commonly shared points, such as remembering that one's posts are (or can easily be made) public, are generally intuitively understood by publishers of Web pages and posters to Usenet, although this rule is somewhat flexible depending on the environment. On more private protocols, however, such as e-mail and SMS, some users take the privacy of their posts for granted. One-on-one communications, such as private messages on chat forums and direct SMS, may be considered more private than other such protocols, but infamous breaches surround even these relatively private media. For example, Paris Hilton's Sidekick PDA was cracked in 2005, resulting in the publication of her private photos, SMS history, address book, etc.

A group e-mail sent by Cerner CEO Neal Patterson to managers of a facility in Kansas City concerning "Cerner's declining work ethic" read, in part, "The parking lot is sparsely used at 8 A.M.; likewise at 5 P.M. As managers—you either do not know what your EMPLOYEES are doing, or YOU do not CARE ... In either case, you have a problem and you will fix it or I will replace you." After the e-mail was forwarded to hundreds of other employees, it quickly leaked to the public. On the day that the e-mail was posted to Yahoo!, Cerner's stock price fell by over 22% from a high market capitalization of US$1.5 billion.

Beyond matters of basic courtesy and privacy, e-mail syntax (defined by RFC 2822) allows for different types of recipients. The primary recipient, defined by the To: line, can reasonably be expected to respond, but recipients of carbon copies cannot be, although they still might. Likewise, misuse of the CC: functions in lieu of traditional mailing lists can result in serious technical issues. In late 2007, employees of the United States Department of Homeland Security used large CC: lists in place of a mailing list to broadcast messages to several hundred users. Misuse of the "reply to all" caused the number of responses to that message to quickly expand to some two million messages, bringing down their mail server. In cases like this, rules of netiquette have more to do with efficient sharing of resources—ensuring that the associated technology continues to function—rather than more basic etiquette. On Usenet, cross-posting, in which a single copy of a message is posted to multiple groups is intended to prevent this from happening, but many newsgroups frown on the practice, as it means users must sometimes read many copies of a message in multiple groups.

When someone makes a mistake—whether it's a spelling error or a spelling flame, a stupid question or an unnecessarily long answer—be kind about it. If it's a minor error, you may not need to say anything. Even if you feel strongly about it, think twice before reacting. Having good manners yourself doesn't give you license to correct everyone else. If you do decide to inform someone of a mistake, point it out politely, and preferably by private email rather than in public. Give people the benefit of the doubt; assume they just don't know any better. And never be arrogant or self-righteous about it. Just as it's a law of nature that spelling flames always contain spelling errors, notes pointing out Netiquette violations are often examples of poor Netiquette.Rule

When referring to a previous discussion or expertise, quote a few lines instead of entire paragraphs. Select quotes provides enough description without bogging down a discussion and detracting from our own points. Be brief, don't write out dissertations for simple questions, if you post long to reply to simple questions for advice, many will be unlikely to read it.

Due to the large variation between what is considered acceptable behavior in various professional environments and between professional and social networks, codified internal manuals of style can help clarify acceptable limits and boundaries for user behavior. For instance, failure to publish such a guide for e-mail style was cited among the reasons for an NZ$17,000 wrongful dismissal finding against a firm that fired a woman for misuse of all caps in company-wide e-mail traffic. 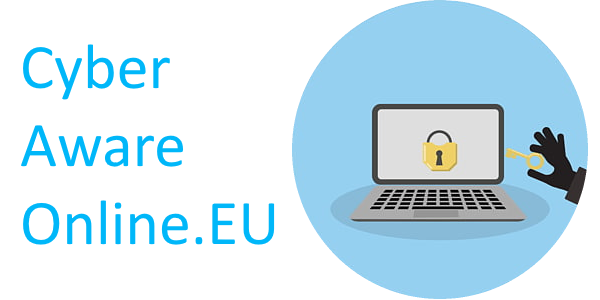